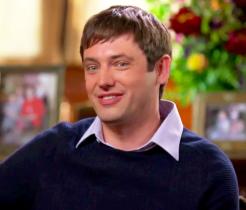 Burke Ramsey, JonBenet's older brother, has filed a $750 million lawsuit against CBS and the experts involved in 'The Case of: JonBenet Ramsey'.

The two-part documentary special, the network took a look at the case and its team of seven experts theorized that Burke, who was 9 at the time of his sister's death, may have accidentally killed JonBenet.

JonBenet was found dead in the basement of her family's home in Boulder, Colorado, the day after Christmas in 1996. The case has always garnered interest because police were never able to find the perpetrator and it remains open.

The lawsuit says CBS and its featured experts set out to conduct a "sham reinvestigation" of the murder with "the preconceived the story line" that Ramsey killed his sister and conspired with his parents to cover it up.

"The accusation that Burke Ramsey killed his sister was based on a compilation of lies, half-truths, manufactured information, and the intentional omission and avoidance of truthful information about the murder of JonBenet Ramsey," the lawsuit says.

It claims the accusations have left Burke with significant damage and harm, including financial damages, mental anguish, and damage to his reputation.