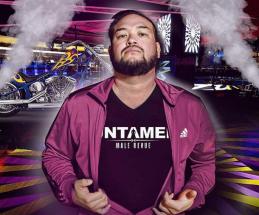 Jon Gosselin is set to make his debut as a male stripper at an Atlantic City nightclub.

The 39-year-old former star of TLC's 'Jon and Kate Plus 8' will joining the dancers at Caesars Atlantic City's Untamed Male Revue on April 1.

"I'm an integral part of the show," Gosselin told ET. "Being part of something is a blessing. Since I joined Senate DJ I've felt like I belong to something and I'm not just out there on my own — I feel as if I'm part of a fraternity or brotherhood."

He also promoted the appearance on Twitter, writing "No plans next weekend? Check it out."

The club's owner says that Gosselin has been rehearsing every week.

The event, reportedly made by women for women, is being promoted as "R-rated, not X-rated."