Jon Cryer: I Was Worried That Charlie Sheen Was Going To Die 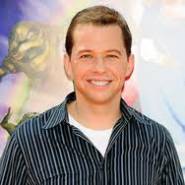 Jon Cryer says he was worried about Charlie Sheen during the downward spiral which led to his firing from 'Two and a Half Men'.

"Mostly I was worried that Charlie was going to die," the actor said in an appearance with Ellen DeGeneres to air today. "That was the big fear for me."

"And that did not occur, I'm thrilled about."

"Now when he said bad things about you, you were so gracious. You were great," asked Ellen, referring to Sheen calling him a 'turncoat, a traitor, and a troll'.

"You didn't say anything back. Since then, he has apologized. Have you spoken to him since?," she wondered.

"We have not spoken," Cryer answers honestly. "And I will accept an apology both public and private."

"But again, it was in the heat of the moment I imagine when he said. So I did not put a whole lot of credence in it at the time."

"No, when you're angry troll just comes out of your mouth," quipped DeGeneres.