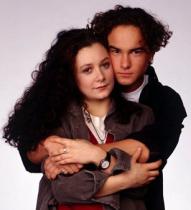 Executive producer Whitney Cummings shared a photo of the actor's chair from the set to announce that David and Darlene will once again be back together on screen.

Galecki's character will be back although he may not appear in many episodes given his commitment to the juggernaut that is CBS's 'Big Bang Theory'.

'Shameless' star Emma Rose Kenney has been cast as the daughter of David and Darlene.

'Roseanne' will return with at least nine new episodes next year.

Channing Dungey, ABC's President of Entertainment, has said: "The Conners' joys and struggles are as relevant and hilarious today as they were then, and there's really no one better to comment on our modern America than Roseanne."