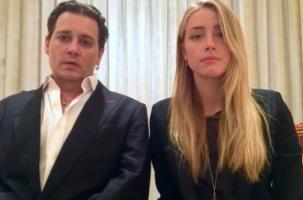 Johnny Depp mocked the apology he made to Australia for bringing his pet dogs into the country without going through the proper quarantine procedures.

"I really would like to apologise for not smuggling my dogs into England because it would have been a bad thing to do," Depp said at a press event in London.

), made a video apologising to Australia for bringing his pet dogs into the country without going through the proper quarantine procedures.

The Australian court let off his wife, actress Amber Heard, with a good behaviour bond last month after she pleaded guilty to falsifying travel documents to sneak their two Yorkshire Terriers, Pistol and Boo, into the country.

The video apology, which was undoubtedly part of the deal, was widely laughed at for its dead-pan tone and the actors' odd behavior.