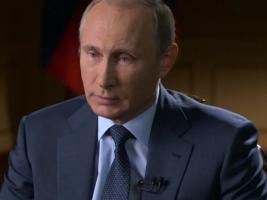 Oliver referred to Russia as the country that "potentially the 45th President of the United States" and revealed how Trump's rhetoric may have already created a bonanza for the adversary.

"It's a bit weird that he's has been objectively nicer to Vladimir Putin than to Meryl Streep," said Oliver.