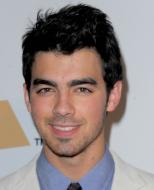 Now that the Jonas Brothers are no more, Joe Jonas is shedding his good boy Disney image in a revealing new interview with New York magazine.

Among other things, the 20-year-old, who famously wore a purity ring with the rest of his brothers, talks about losing his virginity at the age of 20 and smoking weed for the first time with famous friends Miley Cyrus (photos

"The topic that dominated news coverage of us for a long time was the whole promise-ring thing. We couldn't escape it," he says. "It started when I was really young—I must have been 10 or 11. There's a program people do in some churches called True Love Waits, where you wait for marriage to have sex."

"Kevin and I decided to join—Nick tried it later. Fast-forward a few years, we've started playing music and we're working with Disney and we have these rings."

"I remember this interview with this guy whose entire agenda was to focus on the rings. He kept pushing the subject, and when we insisted that we didn't want to talk about it, he told us, 'I can write whatever I want,' which terrified us. That's the thing: We didn't know any better, and we just wanted to make people happy."

"Now I know that I don't have to answer any questions I don't want to. Like, why do you even care about my 15-year-old brother's sex life?"

"Because of our age, because of Disney, because of those rings, there were so many things throughout our career that we had to sugarcoat. If a lyric was slightly sexual, someone at the record company would tell us we had to change it," he explains.

"We decided to take the rings off a few years ago. I lost my virginity when I was 20. I did other stuff before then, but I was sexually active at 20. I'm glad I waited for the right person, because you look back and you go, 'That girl was bats--t crazy. I'm glad I didn't go there.'"

Jonas also reveals he "smoked weed" for the "first time" with Cyrus and Lovato. He claims they pressured him into trying it.

"I was caught drinking when I was 16 or 17, and I thought the world was going to collapse. But I was in another country, and it was legal there," he adds. "My 21st birthday, I fell down a flight of stairs. I was unconscious that time, and my whole team was scared to death that somebody was going to get a picture. Now I appreciate wine or a vodka-soda at the end of the day every once in a while."

As for his Disney days, Jonas recalls: "I had to shave every day because they wanted me to pretend like I was 16 when I was 20. We went along with it at the time, because we thought Disney was our only real shot, and we were terrified that it could all be taken away from us at any moment."