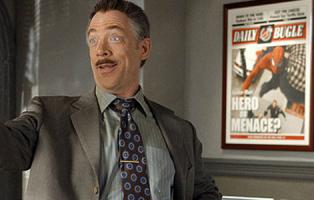 Simmons says he tried to rip Jameson right from the pages of the comics for 'Spider-Man' but admits he may have to do a little more work to play Commissioner Gordon.

The Oscar winning actor has hinted that his role in the first 'Justice League' is "really very small."