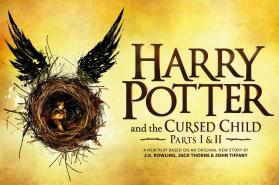 JK Rowling says Harry Potter is done now that the eighth book in the series hit bookstores over the weekend.

Not surprisingly, fans lined up at their local bookstores on Saturday night for the midnight release of the book.

"Harry goes on a very big journey during these two plays and then, yeah, I think we're done,” Rowling tells Reuters. "This is the next generation, you know. So, I'm thrilled to see it realized so beautifully but, no, Harry is done now."

"It chimed perfectly with the material I had about the next generation and I could see it would work perfectly. So, I never wanted to write another novel, but this will give the fans something special."

The play is set 19 years later and follows Potter and his son Albus Severus. The book was timed to be released on Potter and Rowling's birthday, July 31.