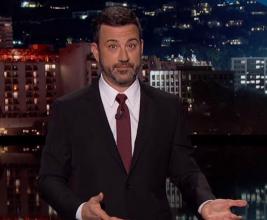 But this week, Kimmel instead read mean tweets that were directed at him by Donald Trump's biggest fans.

"Why don't you go somewhere else like a different country if you don't like our president and stop you're crying on tv snowflake," one user wrote.

"Jimmy Kimmel reminds me of a demented little kid at a social gathering. Where in the hell is this kids parents they should be arrested for giving birth to him," said a woman.

"It just goes to show you, if you try to understand where people are coming from and talk to them like human beings, they will open up," Kimmel joked. "You just have to communicate."