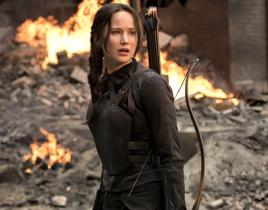 ) is apologizing for offending any Hawaiians with her butt-scratching story on the 'Graham Norton Show' last week.

"I, however, was in a wet suit for this whole shoot, and oh my God, they were so good for butt itching."

She went on to recount how her scratching almost killed someone on set after a rock came loose.

"It was a huge dramatic deal, and all the Hawaiians were like, 'Oh my God, it's the curse!'" she laughed. "And I'm in the corner going, 'I'm your curse. I wedged it loose with my ass.'"

In a statement, Lawrence says she didn't mean to offend.

"I meant absolutely no disrespect to the Hawaiian people," she says.

"I really thought that I was being self deprecating about the fact that I was 'the curse,' but I understand the way it was perceived was not funny and I apologize if I offended anyone."