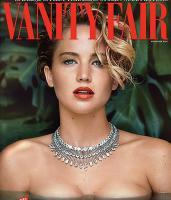 ) and director Darren Aronofsky recently split after over a year of dating.

Now the 27-year-old actress admits that disastrous reviews for 'Mother!', which was directed by Aronofsky and starred Lawrence, played a role in the breakdown of their relationship.

The pair began dating shortly after wrapping the film despite their 22-year age difference. They made their first public appearance together at the New York premiere of the film.

"Normally, I promote a movie, you put the work in to promoting it, ask people to go see it, and then it's just kind of out of your hands. I normally just kind of let it go," she said during Variety Studio's 'Actors on Actors'. "Dating the director is different."

"We'd be on the tour together. I'd come back to the hotel, and the last thing I want to talk about or think about is a movie."

"He comes back from the tour, and that's all he wants to talk about and I get it. It's his baby. He wrote it. He conceived it. He directed it. I was doing double duty trying to be a supportive partner while also being like, 'Can I please, for the love of God, not think about mother! for one second?'"

"When he started reading some of the reviews... I finally was just like, 'It's not healthy. Neither of us are doing it because if I read it, I start getting defensive.' Especially because it's my man."

"I don't want to sound in an interview that I'm defending what we're doing in any way. It's awesome, what we did. Some people hate it and the people who hate it really hate it. But it's nothing that needs to be defended and if I read a negative review, I just feel defensive."