Jeff Conaway Dies After Being Taken Off Life Support 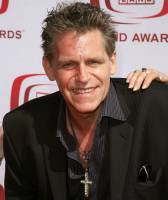 Jeff Conaway, the former star of 'Taxi' and 'Grease' who publicly battled drug and alcohol addiction, has died.

The 60-year-old actor was taken off life support and died Friday at Los Angeles area hospital.

He was taken to the Encino Hospital Medical Center after he was found unconscious at his home on May 11.

Doctors initially believed that he had overdosed on prescription drugs given his past problems, but found he was suffering from pneumonia and sepsis.

"His family chose to take him off of life-support based on advice from physicians," explains his manager, Phil Brock. "They thought for several days that the situation was hopeless."

"He was a kind, gentle soul who loved to perform, from small theater to Broadway. We loved Jeff as a person. We respect him. We know his personal struggles are all over."

Conaway first rose to fame playing one of the T-Birds in the 1978 film adaptation of 'Grease'.

"It's so very sad," says former 'Grease' co-star Olivia Newton-John. "Jeff had a good heart and was so very talented. He was a big part of our family for many years and he will be missed."

He was wed twice, first to Rona Newton-John, Olivia's sister, and then to Kerri Young.