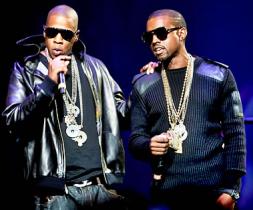 Jay-Z gave Kanye West a taste of his own medicine at the BET Awards as the singer was giving his acceptance speech.

Jay-Z and Kanye had been invited on the stage to accept their Video of the Year award for 'Otis'.

"Hold on, Kanye, I'm gonna let you finish but," he said after West began his remarks.

The two then broke out in a laugh and hugged.

)'s acceptance speech to say it was Beyonce who deserved the award at the 2009 MTV VMAs.

). The two were seated beside Jay-Z and Beyonce.