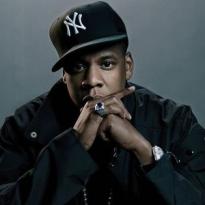 Jay Z has declared the war on drugs an "epic fail" in a short film he wrote and narrated.

In the four-minute clip featuring Jay Z's narration and music accompanied by an artist Molly Crabapple's illustrations, the singer complains "young men like me who hustled became the sole villain" when strict drug laws were introduced in 1971.

"Judges' hands were tied by tough-on-crime laws, and they were forced to hand out mandatory life sentences for simple possession and low-level drug sales," he says.

"My home state of New York started this with Rockefeller Laws. Then the feds made distinctions from people who sold powder cocaine and crack cocaine, even though they were the same drug. The only difference is how you take it."

"Even though white people used the sold crack more than black people, somehow it was black people that went to prison. The media ignore actual data to this day," he adds. "Crack is still talked about as a black problem. The NYPD raided our Brooklyn neighborhoods while Manhattan bankers openly used coke in impunity."

"Young men like me who hustled became the sole villain, and drug addicts lacked moral fortitude. In the 1990s, incarceration rates went up. Today, we imprison more people than any other country in the world — China, Russia, Iran, Cuba. All countries we consider autocratic and oppressive," he says.

"Rates of drug use are as high as they were when Nixon declared the so-called war in 1971. Forty-five years later, it's time to rethink our policies and laws."

Jay Z, who used to be a drug dealer before earning his millions, suggests today's of drug dealers is hypocritical given that states like Colorado have legalized marijuana.