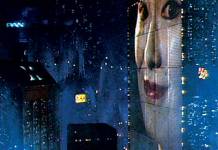 Coming off his brief but entertaining turn as the Joker in 'Suicide Squad', Leto will play a brand new character in the follow-up to the 1982 cult hit.

He will star alongside Harrison Ford, who is already confirmed to reprise his role as Rick Deckard. He joins the previously cast Ryan Gosling, Robin Wright and Mackenzie Davis.

With Ford now significantly older, the film will be set several decades after the original that portrayed a dystopian version of Los Angeles in 2019. It has a release date of October 6, 2017.