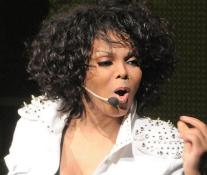 Janet Jackson is telling 'The X Factor' thanks but no thanks.

"I am very flattered that X Factor let me know that I was being considered for next season, but it just wouldn't be possible," Jackson says in a statement.

The singer says taking on the judging gig on the reality show would be "unrealistic" at this time because she's got her Number Ones Up Close and Personal Tour kicking off again this summer.

The development comes less than two weeks after first reports the singer was in preliminary talks.

Days later, Jackson all but confirmed the rumor after she awkwardly answered the question on Anderson Cooper's talk show.