James Franco Dressed In Drag For Cover Of 'Candy' Magazine

James Franco is so secure in his sexuality that he's posing in drag for the cover of 'Candy' magazine.

It's the second issue of the magazine which bills itself as "the first transversal style magazine." 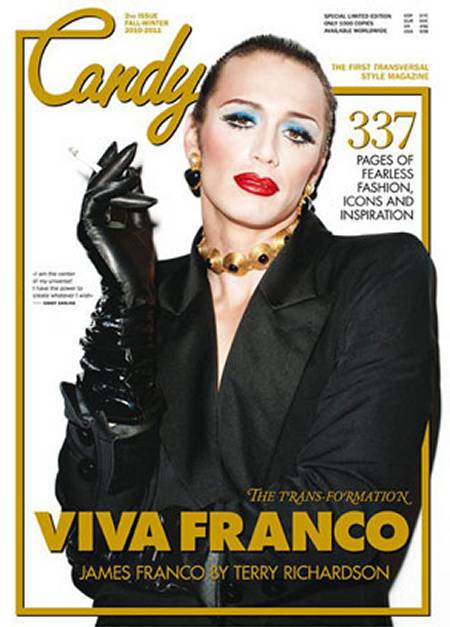