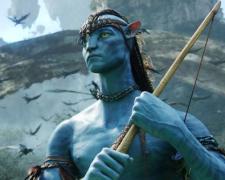 James Cameron has added writer Josh Friedman to assist him on the screenplay for the 'Avatar' sequel.

Friedman, who most recently worked on 'Terminator: The Sarah Connor Chronicles' TV series, is expected join the filmmaker in New Zealand.

Cameron has been in the country working on his script for the follow-up to the highest grossing film of all time.

Friedman also wrote the screenplays for 'The Black Dahlia' and Tom Cruise-starrer 'War of the Worlds'.