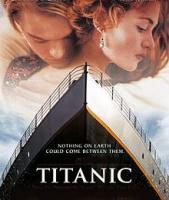 To 'Titanic' director James Cameron it's probably the question that doesn't seem to die.

Cameron was once again asked about the ending of 'Titanic' which saw Leonardo DiCaprio's Jack die with his love, Kate Winslet (photos

)'s Rose, on a piece of wood debris from the boat.

'Mythbusters' took on the question in an episode a few years ago and concluded that both Rose and Jack could've fit on the debris and stayed dry if they contoured their bodies a certain way. But they also suggested Jack needed to attached the life vest under the wood to provide additional buoyancy before he climbed on.

"I think you guys are missing the point here," Cameron said at the end of that episode. "The script says Jack dies, he has to die. Maybe we screwed up. The board should have been a tiny bit smaller. But the dude's going down."

Now that he's had more time to think, Cameron tells the Daily Beast "they're fun guys and I loved doing that show with them, but they’re full of sh-t."

"You're Jack, you're in water that’s 28 degrees, your brain is starting to get hypothermia," Cameron explains. "Mythbusters asks you to now go take off your life vest, take hers off, swim underneath this thing, attach it in some way that it won't just wash out two minutes later — which means you're underwater tying this thing on in 28-degree water, and that's going to take you 5-to-10 minutes, so by the time you come back up you’re already dead."

"So that wouldn't work. His best choice was to keep his upper body out of the water and hope to get pulled out by a boat or something before he died."