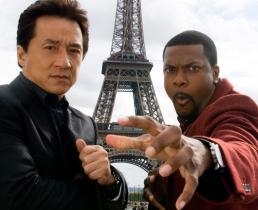 "Warcraft made 600 million RMB ($91 million) in two days — this has scared the Americans," Chan said at the Shanghai International Film Festival, according to THR.

"If we can make a film that earns 10 billion ($1.5 billion), then people from all over the world who study film will learn Chinese, instead of us learning English."

"It is you, not us, who makes China powerful. So thank you all — we hope the Chinese film industry gets even more powerful."

'Warcraft' has crossed $156 million in China in five days of release. That's more than 'Star Wars: The Force Awakens' did in its entire box office run in China.

It's well on its way to overtaking Furious 7 as the highest-grossing Hollywood film in China.

The film is regarded as a Hollywood production because it's made by Legendary Entertainment, which is based in the US. However, the company was bought by a Chinese conglomerate in January and appears to focusing its attention on Asia.

The irony of it is that the "Hollywood" film barely reached $25 million in North America. That's not a complete surprise considering China makes up about half of the game's five million players.

The record for highest grossing Chinese film is currently held by Stephen Chow's 'The Mermaid', which earned over $528 million earlier this year.