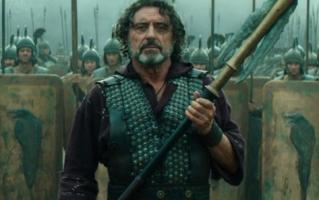 An Iranisn hacker has been charged with trying to HBO out of $6 million by threatening to release stolen scripts and unreleased episodes of its hit shows, including 'Game of Thrones'.

An indictment was filed in federal court this week that accuses Behzad Mesri of hacking into the HBO's New York computer system.

The cable network says the hacker managed to steal episodes from 'Curb Your Enthusiasm', 'The Deuce', 'Game of Thrones' and even confidential cast and crew information.

HBO reveals the hacker taunted them by emailing after providing evidence he had hacked into their systems: "Winter is coming. HBO is falling."

The 29-year-old was able to gain access to the servers after infiltrating the accounts of HBO employees. He demanded $5.5 million, which was later increased to $6 million.

Mesri is known to have previously worked with the Iranian military to conduct cyberattacks. However, this isn't believed to be a part of a government operation.

The hack has put Mesri on the FBI's most-wanted list, which means he could be arrested if he travels to countries where the United States has agreements.

"Today, winter has come for Behzad Mesri," said Joon Kim, US attorney for the Southern District of New York. "He will forever be looking over his shoulder. And if he isn't, he should be."