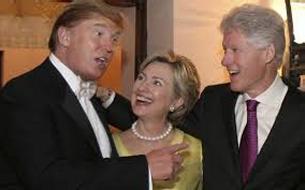 Hillary and Bill Clinton will attend the inauguration of President-elect Donald Trump later this month.

Representatives for the Democratic Presidential candidate have confirmed that the pair will be in attendance when Trump is officially sworn in as the 45th president of the United States on January 20th.

Clinton conceded the election to Trump in a private phone call on the night of his surprising victory.

In her concession speech, she congratulated Trump and offered to work with him.

"I hope that he will be a successful president for all Americans," she said. "This is not the outcome we wanted or we worked so hard for and I'm sorry that we did not win this election for the values we share and the vision we hold for our country."

George W. Bush and wife Laura Bush will also be present at the inauguration.