Actors with "incredible swimmer's bod[ies]" are encouraged to apply.

So goes a current casting notice for a possible WB series about underwater overachiever Aquaman.

Ideally, the future Arthur Curry--that's Aquaman's alter ego--also should be between "18-24 years old, [have] blond or light brown hair [and, of course, be] drop-dead handsome", said the announcement.

As indicated by casting notices and fansites, if not Entourage storylines, Aquaman is a superhero in play.

The Hollywood trade papers boosted the buzz Monday with confirmation that an Aquaman pilot will be shot next year in Florida, where the potential series would be set.

Smallville's Alfred Gough and Miles Millar will executive produce. Like their current WB series, the duo's Aquaman pilot will not be rife with capes, tights and codpiece accoutrements. Rather, the show will be a "grounded version of the Aquaman mythology," Gough told Daily Variety.

Aquaman debuted in DC Comics in 1941--the adopted son (in some versions of the origin) of a lighthouse keeper who grows to learn his birthright lies in the submerged island of Atlantis. Befitting his name, Aquaman is at his best in the water, where he telepathically talks to fish, plays mind games with whales and spends time with a young charge called Aqualad.

Since the WB's Aquaman will be a young man himself, there will be no immediate need for an Aqualad. There also will be no need, possibly ever, for the name Aquaman. The pilot will not be called Aquaman, Gough told Variety, and the moniker will not be mentioned. In that way, Arthur Curry (not Aquaman) will be very much in the mold of Smallville's Clark Kent (not Superman).

Someone that the new Arthur Curry won't be like is the old Arthur Curry as featured in the Oct. 20 episode of Smallville, "Aqua." Gough called that take on the character--identified as a "mysterious swimmer" by the network--"our out-of-town trial version." Since the new series isn't being spun as a spinoff of that adventure, Alan Ritchson, the actor who portrayed Arthur Curry, or A.C., for short, in Smallville, isn't being considered for the series.

For Vince Chase, who nearly walked on an Aquaman feature film despite the appeals of director James Cameron, the lure of a $2 million payday and the promise of an all-new supersuit (no more green-and-orange body stocking), also isn't likely to get a call. That, however, is because Vince Chase doesn't exist--Adrian Grenier only plays him on TV. With Grenier's movie-star character committing to star in Aquaman in September's second-season finale of Entourage, the HBO show's third season is expected to revolve around the makings of the superhero adventure.

In a noncoincidence, HBO, the WB and DC Comics are all properties of media giant Time Warner. Prior to his corporate-synergy-aided career boost, Aquaman arguably was best known to the general public for his work in the 1973-77 cartoon series Super Friends, costarring Superman, Batman, Robin and Wonder Woman.

Update: Originally newcomer Will Toale was cast as Aquaman, this has changed and now Justin Hartley will play A.C. in the new TV series (see exclusive photo below). 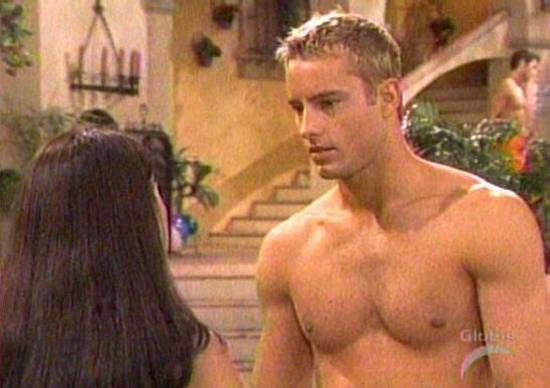