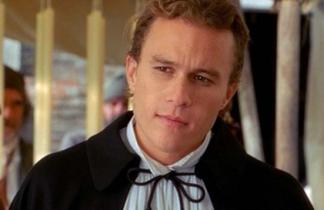 Heath Ledger's sister, Kate, says her brother is still very much alive in their house even ten years after his untimely death.

The actor died from an accidental overdose months before the release of 'The Dark Knight'. Ledger was posthumously awarded an Academy Award, BAFTA, Golden Globe, and SAG Award for Best Supporting Actor for his take on the Joker.

"We keep in constant contact with Michelle and Matilda and visit frequently," Kate tells WHO, referring to Ledger's ex-wife Michelle Williams and their daughter. "She is an amazing girl and a source of delight to us all."

"Heath is hugely important in the lives of my children," she continues.

"There's not a day that goes by that we don't share stories or talk about him. He is very much alive in our house."

"It's especially difficult to see his moving images on screen and hear his voice—something which we as a family have had to learn to cope with constantly," she admits.

"But it's a blessing that we have all the images and footage so that we can share a part of him with our girls."

"The Dark Knight was the most fun Heath has ever had on a film set," she adds. "He would send me rushes of the scenes and we would laugh about what he was going to do with the character."

In her own tribute, Naomi Watts, who dated Ledger for two years, remembered him as a "gentle spirit."

"Thinking about this beautiful soul today. Ten years ago he left this world. He was a true original," she said in a post on social media.

"Heart always on his sleeve, with the most powerful charisma, strength, humor and talent. I will never forget his gentle spirit."