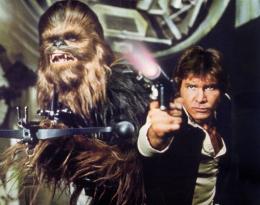 Harrison Ford was taken to hospital on Thursday after injuring his ankle on the set of 'Star Wars: Episode VII'.

The 71-year-old actor was hospitalized after suffering the injury at the Pinewood Studios near London.

But it wasn't during a stunt or action sequence as one would expect.

Instead, it involved the door of one of a spacecraft's on set -- likely the Millennium Falcon, which will make a return with Ford.

Disney, which now owns Lucasfilm, says in a statement that shooting is expected to continue as planned while Ford recuperates.