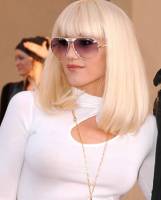 Now that Gwen Stefani and Gavin Rossdale's marriage is history, details are coming out about what prompted their split.

According to several reports, Rossdale cheated on Stefani with the family nanny for years, Stefani filed for divorce this summer after discovering the affair.

Stefani learned of the affair in February, after accidentally finding texts, seductive messages and nude photos between her husband and the nanny, Mindy Mann.

Mann had been caring for the couple's three sons, Kingston, 9, Zuma, 7, and Apollo, 20 months. So, in fact, her husband was cheating on her even while she was pregnant.

Mann was soon fired but it was only months after being confronted that Rossdale finally admitted to having an affair, according to Us Weekly. He had initially insisted their exchanges were simply "flirtation."

Stefani decided to end their 13-year marriage and filed for divorce soon after the admission.

She is currently dating fellow 'The Voice' judge Blake Shelton.