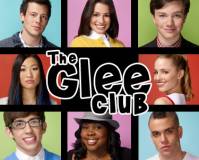 'Glee' is planning to do an episode about the fear and isolation many gay teens face at school in response to the death of student Tyler Clementi.

Clementi, an 18-year-old Rutgers University student, jumped off the George Washington Bridge in New Jersey after a sexual encounter he had with another man was secretly taped and broadcast online.

"Show creator Ryan Murphy wants to do an episode about it, which I think is very smart of him," Matthew Morrison tells 'E!'. "As a cast I don't know much we can do. That's why I think an episode would be great. Ryan is very current with staying on the times, so I think it would be this season if it were to happen."

"I just found out today about the episode, and I think that's amazing," adds Heather Morris.

"I just saw the tragedies on the news the other night. I think people need to be aware of what the internet is doing for so many people. Yeah it's good, but people are putting up other people's private movies? It's disgusting."

"It's sad that it's taken these past few weeks and horrible tragedies to really let people know what's going on," praises Kevin McHale. "I think being in our position and Ryan taking that on is great."

"Hopefully we can move the general public and let the kids and the parents watching the show know that everybody deserves to be loved."

"What's unique about Glee is we have this audience of kids and adults," explains Jessalyn Gilsig.

"It's the adults who have to start taking responsibility and managing this behavior and educating youth on acceptance, empathy, and compassion. In a sense, I can't even demonize the children as much as I do the families that need to know. Parents and the administration need to take responsibility."

'Glee's Chris Colfer has even filmed a PSA to discourage gay teens from suicide:

"I know what it's like to be bullied and teased every single day, and I know that it may seem like there is no chance of happiness left," Colfer says. "But I promise you there is a world full of acceptance and love just waiting for you to find it. So please, before you take a drastic action that could be your last, call the Trevor Project."