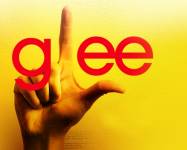 Production on 'Glee's fifth season has been delayed following the sudden death of star Cory Monteith.

Fox says it has delayed the start of production of Glee until early August "in light of the tragic passing of beloved Glee cast member Cory Monteith" and moved the premiere to September 26.

"We will begin shooting in late August the two shows we had already written, so that people can physically go back to work," he said.

"We will then do an episode that will deal with the death of Finn's character and follow that with a long hiatus. I don't know exactly when we will come back, and we are trying our best with this attempt at damage control."

"We are planning a memorial for the cast and crew sometime this week on the Paramount lot."

"But the thing that we ultimately found was that our cast and crew wanted to be together, they wanted to go back to work, they wanted to sort of be in a place where they could all remember and discuss Cory sooner than later. As for me, I really had no set opinion. I was willing to do what people wanted."

"Ultimately the person who made the decision was Lea Michele (photos

)," he says of Monteith's real-life girlfriend and on-and-off romance on the show. "She felt that the best thing for the cast and crew was to be together and to get back to work and be together every day and talk about our memories of him."