'Glee's Chris Colfer Says He Has A 'Sleep Shopping' Problem 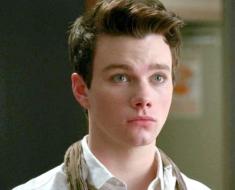 In an interview on the 'Tonight Show' to promote his best-selling Land of Stories series, Chris Colfer tells Jimmy Fallon about his Twitter account being hacked and his little known about sleep shopping problem.

"I have crazy sleeping habits. Ever since I was a kid I've had these crazy sleep issues," says Colfer.

"When I landed I saw it and I said 'Oh crap, was it me? Did I do it while I was asleep on the plane?,'" he says of a message that told his fans that he had been fired from Glee.

Of course, it turned out Colfer's account had been hacked and the actor is still very much an integral part of the Fox musical comedy series.