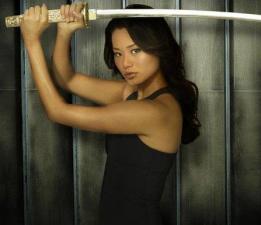 Fox, which announced last year it had an 'X-Men' TV series in the works, has cast its first mutant.

Jamie Chung will play Clarice Fong aka Blink, who has the power of teleportation. Blink first appeared in Uncanny X-Men #317 in October 1994.

Marvel describes Chung's character as "a sarcastic and lively tomboy."

"Clarice's naturally strong exuberance has taken a hit after a sudden and traumatic upheaval of her life. As she adjusts to the new people and places that are suddenly 'home', Clarice is slowly becoming herself again," it teases.

Fox has made a pilot commitment for a new Marvel action-adventure series, which will be directed by Bryan Singer.

Broadly, the series will focus on two ordinary parents who discover their children possess mutant powers. As they are forced to go on the run from a hostile government, the family joins up with an underground network of mutants and must fight to survive.