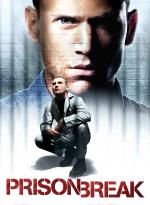 Just like Michael Scofield, Fox is working on its own plan: a female 'Prison Break' spin-off.

Tentatively titled 'Prison Break: Cherry Hill', it's reported the new series would be set at a women's prison and center on Molly, a character who we'll meet on 'Prison Break' later this season.

The network is still looking for an actress to the role of Molly. Once she's been cast, we'll know more about when the character will appear on the show. but it certainly won't be before the fall finale on December 17.

Molly will end up in jail after she exacts revenge on the Company, the government organization that framed Lincoln Burrows, for a family tragedy:

"There is an ironic similarity between Molly and Michael -- they're both emotionally banged-up, both have lost loved ones, and both want the people responsible to pay -- so they empathize with each other," executive producer Matt Olmstead says.

In 'Cherry Hill', Molly be sent to a women's detention facility accepting the life sentence for her acts of revenge until she is told that some of her loved ones are alive.

"In a moment's time, she is transformed from an unapologetic murderer to a motivated woman who would do anything to get out of prison and be with them," says Olmstead.

We love 'Prison Break' but the spin-off seems like a bad idea. It's not like a 'Grey's Anatomy' spin-off, and audiences will not be willing to watch two shows to keep up with the larger story.

The only way this could work is if the spin-off airs when the original 'Prison Break' is on one of its extended breaks and loyal fans want their 'Prison' fix.

The good news for the actress, Fox confirms, is if the pilot doesn't go forward, she will be added as a regular on the original series.