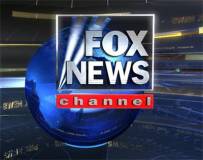 Fox News was left red-faced after reporting that the city of Los Angeles was going to spend $1 billion on jetpacks that could fly a person up to 63 miles per hour and soar to heights of 8,000 feet.

Anchors at Fox News' morning news show 'Fox and Friends' reported that LA had ordered 10,000 jetpacks for its police and fire departments.

With a price tag of $100,000 per unit, that would work out to a billion dollars for a city that regularly sends its police detectives home because it can't pay their overtime.

So where did the story come from? The Fox News report was apparently to be taken straight from a satirical website known for its faux news stories.

A source which has previously reported that 'Dick Cheney is a Robot', 'Satan Captured by GIs in Iraq', and 'Hillary Clinton Adopts Alien Baby'.

The story even prompted some discussion among the hosts about the new 'issues' that jetpacks would bring into the city.

Gretchen Carlson said that while she was "all for buying stuff up and helping the capitalism and all that" she wondered whether the costs would be prohibitive in a bad economy.

"You gotta make up some rules," explained Brian Kilmeade. "Because you're going to have jetpacks flying into choppers!"

But about 40 minutes later, co-host Steve Doocy came on to disappoint some viewers: "Earlier we were talking about jetpacks where you can fly around, and it looked like the LAPD was going to buy a whole bunch. Turns out they're not going to. Which means Brian, more for you."

Check out the segment below: