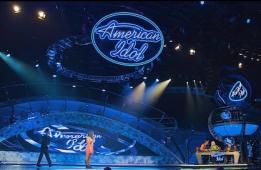 With 'American Idol' returning on ABC instead of FOX, the network is trying to explain losing what was once its key franchise.

"The economics were terrible for us, at that moment," Fox CEO and chairman Dana Walden explained.

"Fremantle liked the show the way it was, they were willing to make small tweaks. What we got back from them was, 'We would prefer to end this run than to do anything that dramatically changes the format.'"

"We looked at America's Got Talent and when they brought in Howard Stern and shook up the chemistry and involved someone who had a different promotional platform that could feed into their primary audience on the show, and Fremantle really -- and again I don't blame them -- they felt like the format worked and they wanted to protect it."

Fox says, with that requirement, it meant they would risk "extraordinary loss" if they brought it back right away.

"Then the question was would you ever like to have American Idol back? Yes," Walden said.

"Did we want it back a year or two later? No. We felt like that was very fraudulent to our viewers."