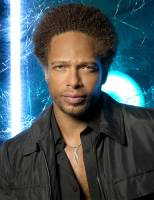 The 45-year-old actor filed for Chapter 11 on August 30, according to court papers obtained by TMZ.

According to the documents, Dourdan has about $1.8 million in assets, but owes creditors $1.73 million. Dourdan goes on to say he earns $14,883 a month, but only has $321 of disposable income after bills.

The largest amount her owes is to Union Bank, which holds the mortgage to his home.

Over the past couple years, the actor has faced multiple run-ins with the law and two arrests.

He was arrested in June 2011 for drug possession after crashing his car into two parked vehicles.

Later the same year, he was charged with felony battery following an alleged altercation with his former girlfriend. She accusing him of assault and battery for breaking her nose.