First Trailer For 'The Fate of the Furious' Released 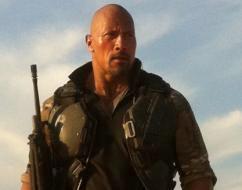 The first trailer for 'The Fate of the Furious', the eighth installment in the Fast and Furious franchise has been releaesd.

The trailer, filled with the explosions and action that has defined the franchise, opens with the team driving through a bunker with the bad guys on their tails, until a giant wrecking ball wipes out the pursuers.

"Dominic Toretto has turned on us," says Dwayne Johnson's Agent Luke Hobbs, referring to the leader played by Vin Diesel.

), but there may be more than meets the eye.