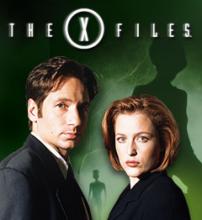 Here are the first photos from the sets of 'X-Files 2' as agents Mulder and Scully prepare to return to the big screen for the second 'X-Files' movie, ten years after the first film and six years after the show went off the air.

We got word that a second movie was in the works last July but now X-Files creator Chris Carter is providing more details on what to expect in the movie: "We spent a lot of time on the mythology and wrapped up a lot of threads" when the show went off the air in 2002, says Carter, who is directing the new movie. "We want a stand-alone movie, not a mythology conspiracy one."

Carter tells 'USA Today' he wanted to make the film immediately after the show ended but a contractual dispute with 20th Century Fox made it impossible until last year.

"For me, The X-Files has always been a romance," he says. "Mulder and Scully had an intellectual romance that's very rare and restrained compared to so many relationships on TV. I think that's what appealed most to the fans. And they're back."

It's will be good to see David Duchovny Gillian Anderson back to doing what they do best but they'll have to come up with a solid story to make the stand-alone movie work.