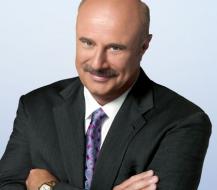 A former 'Dr. Phil' employee is suing Dr. Phil McGraw for allegedly holding employees in a room surrounded by security guards as he blamed them for leaking information to the media.

Leah Rothman, who had worked on the show since 2003, says in her lawsuit that she was forced quit the show in April 2015 due to a hostile work environment.

Rothman says in March of last year, she was called into work on her day off. She and approximately 300 other employees were then put into a room.

With security guards outside, McGraw allegedly entered the room and told the guards to lock the doors.

He then had the employees turn over their phones and said the meeting was taking place because one of his employees leaked information to the media.

Rothman says McGraw already knew who had leaked the information and the meeting was simply to scare other employees of the consequences.

She complained to human resources about the incident but after being ignored she was forced to quit.