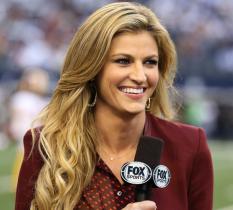 ) has settled her lawsuit against the Nashville Marriott where a stalker filmed a nude video of her through a peephole in an adjacent room in 2008.

The terms of the settlement reached on Monday are being kept confidential. However, all indications are that it was a significant amount in the tens of millions.

Andrews claimed that the Nashville hotel owner and its operator should pay the total $55 million, since she was never going the money Barrett was ruled to pay.

"The litigation is over. The terms of the settlement are confidential," says her attorney, Randall Kinnard. "Erin Andrews is satisfied with the settlement, and she was very courageous throughout this litigation."