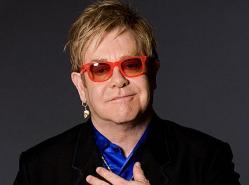 Elton John says he has been helping rapper Eminen fight drug problems for over a year.

"I've been helping Eminem over the last 18 months and he's doing brilliantly," the 62-year-old told BBC Radio, without going into further detail.

"I'm there if people want my help," he said in the interview. "If people ask for help you tell them where to go but there's no point advising people if they don't want to do it."

The pair first met at the Grammy Awards in 2001 when John was critical of Eminem's comments about homosexuality. But they then became friends and even performed Eminem's hit song 'Stan' together at the 2001 Grammy Awards.

Eminem entered rehab for a sleeping pill addiction in 2005. He later told 'Vibe' magazine that he would take "10 to 20" Vicodin pills daily and at times he "didn't even know what I was taking."

Elton John also battled drugs and booze throughout his career but says he has been sober since the '80s.

"Elton had a substance-abuse problem in the past," Eminen recognized in a recent interview. "So when I first wanted to get sober, I called him, because he's somebody in the business who can relate to the lifestyle and how hectic things can be."

"He understands the pressure and any other reasons that you wanna come up with for doing drugs."