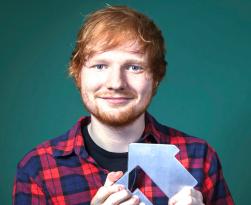 Ed Sheeran and Justin Bieber may be good friends but that doesn't mean they don't have their mishaps.

In an interview with The Guardian, Sheeran tells the story of one drunken evening in Japan that didn't end as planned.

"We'd been out to a dive bar. He just drank water and I got hammered," Sheeran begins.

"Then we went to a golf course, and he lay on the floor and put a golf ball in his mouth and told me to hit it out of his mouth. I was like, 'F**k, I need to aim this properly,' and I swung."

"I'd cracked Justin Bieber right in the cheek with a golf club,” he said. “That was one of those 'What the f**k' moments."

The 26-year-old singer says Bieber's security guard was just as shocked as he was, even if Sheeran got away with what most men can only dream of doing.