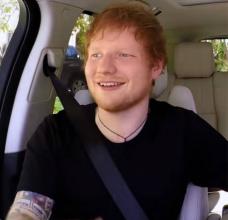 Ed Sheeran has quit social media because he says he doesn't understand the hate against him.

"I've actually come off Twitter completely," he tells the Sun of the platform on which he has nearly 20 million followers. "I can't read it."

"I go on it and there's nothing but people saying mean things. One comment ruins your day," the 26-year-old explains.

"The headf--k for me has been trying to work out why people dislike me so much."

"Lady Gaga's fanbase read an interview in which they assumed I was talking about her and they all f--king hate. And it wasn't anything to do with that at all."

"So, I think it just gets on a massive steam roll of assuming things and then you get in the s--t."

"I have people like my dad who will have a conversation with me. I don't have to have someone calling me a whatever," he says.

While his account hasn't been completely shut down, new posts will be generated by Sheeran's team instead of him personally.

Lady Gaga has spoken about and said she's disappointed the singer was mistreated by her fans.

"What an incredible talented artist I LOVE ED. He deserves all our love and respect like all humans do," she tells her fans. "I wish all people on the internet would be positive and loving and apart of creating an online community that is kind and empowering, not hateful and mean."

"No reason to tear down an artist simply because they are on top. Work harder to be kinder everybody. That should be your first duty to humanity."