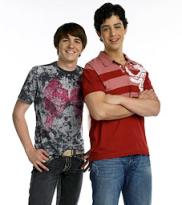 Drake Bell is apologizing to Caitlyn Jenner for his reaction to Bruce Jenner's debut as a woman with the 'Vanity Fair' cover.

But after some fans criticized the actor, he deleted the post and said his intention wasn't to insult her.

"That's bravery!" the Drake & Josh alum said. "I'm not dissing him! I just don't want to forget his legacy!"

"He is the greatest athlete of all time! Chill out! Calm down children."

Bell later issued an officially apology and said: "I sincerely apologize for my thoughtless insensitive remarks. I in no way meant to hurt or demean those going through a similar journey."

"Although my comments were made in innocence, I deeply regret the negative effect they've had on so many."