Dr. Phil Defends Nick Gordon Intervention and Calls Him 'Out Of Control' 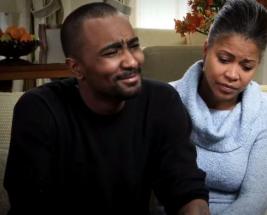 McGraw said when he arrived for the interview he found that the 25-year-old was "so high, so out of control, abusing alcohol and apparently Xanax."

"That was the whole purpose of going in, to talk to him about how he feels and what he thinks is going on and all of the history about this whole situation. I get there, he is not capable of giving an interview. He is out of control."

Not willing to talk, Gordon's mother eventually spoke with Dr. Phil about what the events leading up to Whitney Houston's daughter being found unconscious in the bathtub.

She said the pair got into an argument after attending a party with a friend the night before.

"Nick walked away from the argument," she said. "He went to another bedroom to fall asleep, she went up to her room and drew a bath."

"Nicholas was able to do CPR on her for 15 minutes. The police arrived, and they didn't help him. No one helped him until the EMTs got there."