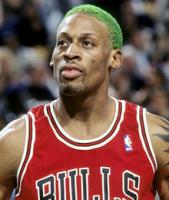 Dennis Rodman has entered rehab after he was arrested for DUI in Newport Beach, California.

"Dennis decided it was time to get help for his issue with alcohol and finally get to the underlying root before it's too late," his agent, Dennis Prince, tells People magazine.

He says he's "very proud and supportive" of Rodman and asks fans for "prayers and support."

Rodman was arrested after he was stopped for a traffic violation and ended up failing a sobriety test.

The five-time NBA champion has had his brushes with the law on the road. He was arrested for a DUI in 1999 and charged with a crash in 2016 as well as driving without a valid driver's license.