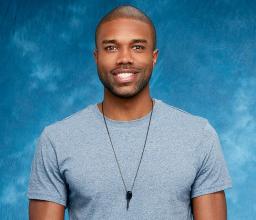 'Bachelor in Paradise's DeMario Jackson is claiming he was setup by producers as he recalls what really went down on the night of his sexual encounter with Corinne Olympios.

The encounter sparked allegations of "sexual misconduct" against Jackson, with producers questioning whether Corinne was too drunk to be able to give consent, and shut down production until the show conducted its own investigation of the incident.

"That night was probably one of the wildest nights of my entire life," he told E! News in an extended interview. "Like, we went for it."

"I was the villain for this, straight up. I was nervous, I was sweating coming into it. Our first real conversation was at the bar."

"We were hanging out. We kind of were just complimenting each other on being villains. I was like, 'Look, I've accepted this role.' We were kind of just laughing, like, 'Oh, we're about to dominate Paradise!' Like homie stuff, like really, really like friends."

"And then, you know, we started having a little bit more fun... and had a few drinks."

"From the bar scene, it got a little hot and heavy," he admitted. "She got in my arms, and we started making out at the bar."

"I was like, 'Hell yeah!' You know, I'm down for it," he recalled of when she wrapped her legs around him. "I don't think any single man, even some married ones, wouldn't turn down Corinne. She's a beautiful woman."

"She's like, 'Let's go to the pool, let's go hang out.' It's crazy because when you're a man, mostly African American man, no matter where you're at, you always look for things that can help you out. And at that moment, I made sure the cameras followed us."

"It just seemed too perfect in a sense for me, and at the point, that's when my spidey senses got up."

"We were kissing, rubbing, touching. It's nothing too sexual yet. Things got wild because it was more her being the aggressor, which was sexy. When you have a very attractive girl telling you what she wants, it's like a very, like, 'Wow, OK! This is hot. This is very...I like it.'"

"She straddled me, like put her... literally smack dab right there," he said, putting his hand to his face and admitting he obliged.

Jackson said the next morning everything seemed fine.

"We're talking, and I gave her a hug," he said. "We all went up and got breakfast together. She wasn't mad. We were hanging out. Actually, I offered her a shot, and she said that the production had cut her off from drinking for the day."

However, three days later, a producer pulled him aside to give him a warning.

"He goes, 'Here's what I'm gonna need you to do: I'm going to need you to bow out. Tell Chris Harrison and the crew you that love them, you're thankful. However, you're not there for the right reasons.'"

Soon, production was completely shut down and they were sent packing.

"It's every man's biggest fear. No man wants to be attached to that," he said. "That ruins you for life. That's something that sticks with you. When I have children they are going to Google their dad's name and this is going to appear. That's my biggest fear. Before either of us commented on it, I was already a 'rapist.'"

Filming has now resumed without DeMario Jackson and Corinne Olympios, both of whom have lawyered up.