Dave Chappelle To Trump Voters: 'You Are Poor, He's Fighting For Me' 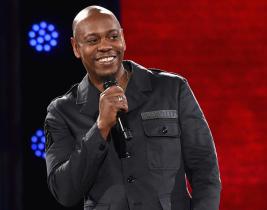 Even though Dave Chappelle's new stand-up specials on Netflix were filmed long before the tax vote, the comedian still managed to throw in a few jokes about who was really going to get the biggest tax cuts.

In a clip from the special, Chappelle talks about the "poor whites" who voted for President Trump.

"I've never had a problem with white people ever in my life, but, full disclosure, poor whites are my least favorites. We've got a lot of trouble out of them," Chappelle began.

"And I've never seen so many of them up close," Chappelle says about the "decent folk" who voted for Trump.

"I stood with them in line... and I listened to them say naive, poor white people things."