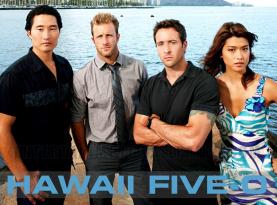 Daniel Dae Kim, who made news along with Grace Park (photos

) for leaving 'Hawaii Five-0' over being paid less than its white castmembers, says he doesn't regret the decision.

"That was a really important part of my life for seven years and I'm really grateful to CBS…for giving me that opportunity…" Kim said at the TCA Summer Press Tour.

"That said, it's possible to be grateful for the opportunity and be respectful and still maintain a steadfast sense of your self-worth. All good things come to an end. And I closed that chapter on Hawaii Five-0."

"Not going to talk specifics of the deal or negotiation. We love both those actors and did not want to lose them," Kelly Kahl said. "We made very, very strong attempts to keep them and offered them a lot of money to stick around."

"We wanted them to stick around. It's an unfortunate byproduct of having a long running series. We didn't want it to happen, we tried our darndest to keep them."