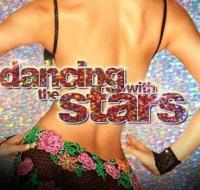 You have to hand it to ABC for coming up with an intriguing cast of characters for season thirteen of 'Dancing with the Stars'.

The network announced the full cast during last night's episode of 'Bachelor Pad'.

), who is better known as George Clooney's former girlfriend.

Chaz Bono, who used to be Chastity, will be the show's first transgender contestant and dance with a female partner.

"I want people to know that we're just normal people like everybody else," says Bono. "It's nothing to be afraid of or think is strange. I thought that it would be fun and a great physical challenge. Since transitioning, I'm very comfortable in my body and enjoy doing physical activities."

Meanwhile, Grace says she thought she was dreaming when she was invited to participate.

"I feel like Cinderella going to the ball, even though I know people are going to mock me and make fun of me. I don't know how to dance, and I don't know what I'm gonna wear. I may end up in rags in a pumpkin. But I know that I have been invited and I am going."

"I love to dance and I love to entertain, and there's no place better to do that than this show," adds Arquette, who made headlines after separating from Courteney Cox last year.

The new cast members will perform their first dance routines on the season premiere on September 19.