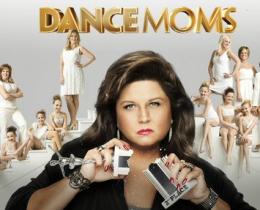 Abby Lee Miller has been sentenced to one year and one day in prison for bankruptcy fraud.

This after the FBI and IRS conducted an investigation and found she allegedly hid more than $755,000 in other accounts and brought in another $120,000 worth of Australian currency into the country.

Miller filed for bankruptcy in 2010 although she had a contract for the popular reality series.

"It's a very serious situation when someone who files for bankruptcy isn't truthful with the court," a judge told the reality star on Tuesday.

"I feel relieved," she told reporters outside. "I feel peaceful. There's a few physical limitations, dietary limitations, of course, but it'll be OK. It's a realm of the world I know nothing about. I just know what I know and I do the best I can."